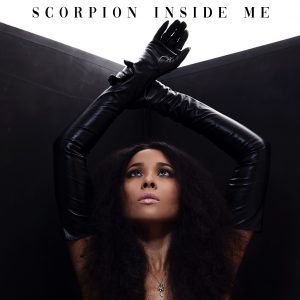 Bold, powerful vocals and lyrics is how the new single, “Scorpion Inside Me” by Maya by Name is described. The single exudes passion, power, and strength. It was released to digital retailers including Apple Music on Nov. 1.

Maya Gabrielle Satterwhite, the Buffalo-born and based, is better known as pop sensation Maya by Name is a talented singer and songwriter. Her first single, “To You, From Me” from her EP Arrival along with the music video was released in 2015.

With the popular breakout EP and the “To You, From Me” hit single, Maya by Name toured and performed at many noteworthy venues including Canalside Buffalo and the legendary Tralf Music Hall.

In 2016, Maya by Name released her EP Next Verse that included the smash hit single, “Boss” along with the music video. Her standout sound blends pop with flavors of R&B, Hip-Hop, and Funk.

The budding talent highlighted 2017 as the opening act for the Savage tour with Grammy Award-nominated R&B artist Tank in Buffalo, New York. In 2018, Maya by Name released her single “Raymond” and the music video in which she wrote and produced.

For more information on Maya by Name, visit https://mayaofficialmusic.com.

Mama has been working overtime during this pandemic. She is now not only the cook, housekeeper, in-house healthcare worker but she is also the...
Read more
Art

Master Puppeteers Sally Fiorello and Trish Long of Dallas Children’s Theater (DCT) are not sitting idle during this stay-at-home time – they are doing...
Read more
Art

EarthxFilm has unveiled its lineup of virtual programming celebrating the 50th Anniversary of Earth Day, including 36 features and shorts; virtual options for XR...
Read more

While the other minority-based publications focus on South Dallas, there is only ONE newspaper that focuses on African-Americans in North Dallas and the surrounding areas. It’s the North Dallas Gazette, a good choice when you want to reach a true representation of Dallas African-American consumers!
Contact us: marketing@northdallasgazette.com